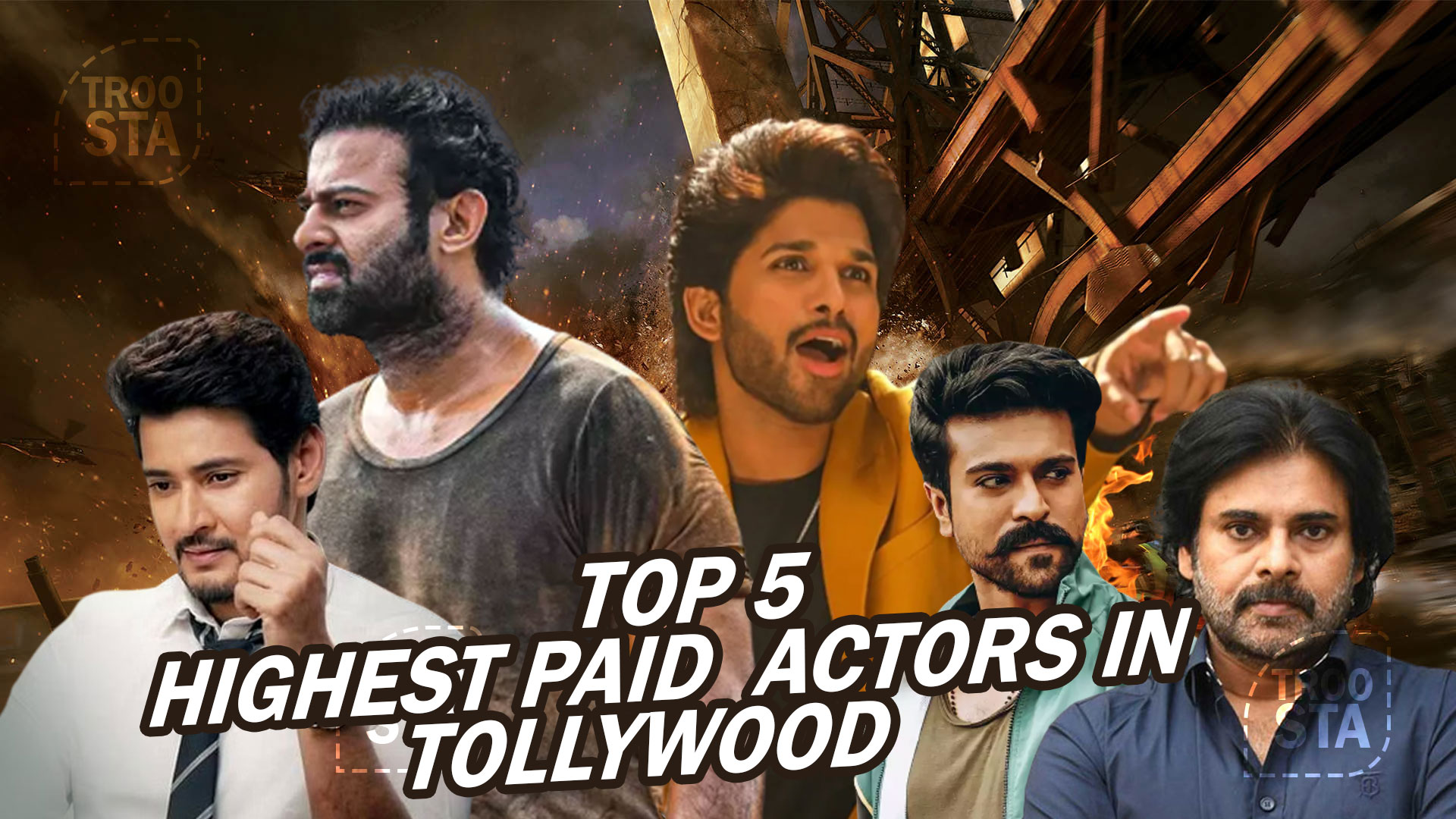 The Full Name Of Prabhas Is Uppalapati Venkata Suryanarayana Prabhas Raju, He Became The Most Popular Actor In South India After Baahubali: The Beginning, He Became The Highest Paid Actor In Tollywood And In South India As Well. According To Rumours, Prabhas's Movie Remuneration Is Between 100 Crores to 110 Crores And He Is Also Known As the Box-office Emperor of  Tollywood

One of the Most Paid Actors of South India, After Pushpa Allurjun Become the Sensational Pan Indian Actor. According To Rumours, Allu Arjun Movies Remuneration Is Between 100 Crores To 110 Crores. Allu Is The Most Profitable Actor In Tollywood All His Movies Getting Good Number Of CollectionAnd His Film Ala Vaikunthapurramuloo Grossed Between 272 Crores to 280 Crores Worldwide. The Film Became One Of The Highest-Grossing Telugu Films Of All Time And One Of The Highest-Grossing Indian Films Of 2020. Without Less Promotions His Movies Collecting Huge Amount In Worldwide, His Stardom Increased a Lot in 2022 Because Of Continues Blockbuster, Swag and Style, North Indian Craze, South Indian Fan Base, Dedication, Acting Skill Everything Make Him As The Real Pan Indian Star In 2022.

The Full Name Of Ram Charan Is Ram Charan Tej Konidela, He Is The Son Of The Famous Tollywood Actor Chiranjeevi And His Uncle Pawan Kalyan Is The Biggest Crowd Puller Of Tollywood. After RRR Movie He Became So Popular In World Wide And After That He Getting So Many Pan Indian Projects; According To Rumours, Ram Charan Movies Remuneration Is Between 90 Crores To 100 Crores. His popularity and box-office success have earned him the nickname "Crowd Puller" and "Ceded King" in Tollywood, as his movies tend to perform well in the Ceded region of Andhra Pradesh, which is known for its strong box-office performance.

The Full Name Of Maheshbabu Is Ghattamaneni Mahesh Babu, Son Of Tollywood Legendary Actor Ghattamaneni Siva Rama Krishna Murthy. Mahesh Is The Biggest Crowd Puller Of Tollywood And His Mixed Movies Are Getting Good Number Of Box Office Collections. According To Rumours, Mahesh Babu Movies Remuneration Is Between 65 Crores To 75 Crores.

The Full Name Of Pawan Kalyan Is Konidela Kalyan Babu Brother Of Tollywood Senior Actor Chiranjeevi. He Has The Biggest Die Hard Fans In Tollywood. According To Rumours, Pawan Kalyan Getting 62 Crores To 65 Crores.