The Biggest Flop Movies in Tollywood History in 2022 list 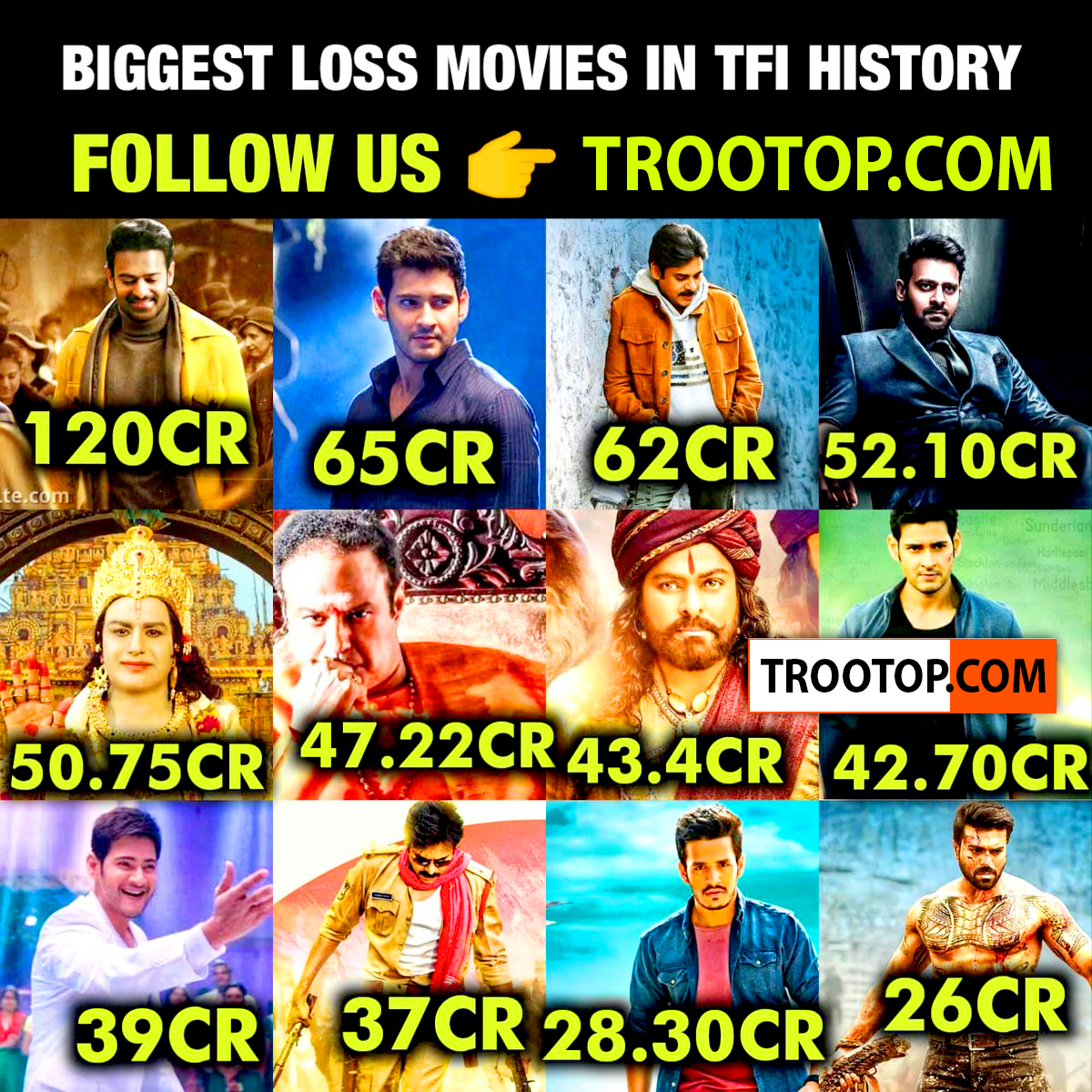 The Tollywood Film Industry is the biggest film industry in South India. The Telugu film Industry is called Tollywood and their Mother Tongue is Telugu. lots of Tamil Movies, Malayalam Movies, English Movies, Kannada Movies and Hindi Movies are Releasing in Telugu states with dubb and direct. Most of the Top Paid Actors are from Tollywood because their Industry Market value is Bigger than other South Indian movie industries. , Prabhas, Allu Arjun, Jr NTR, Ramcharan, Mahesh babu, Chiranjeevi, and Pawan Kalyan are the Top Actors in Tollywood and they have the Craziest fan following in South India. Telugu Film Industry has the Biggest Films; Bahubali Series, RRR, Pushpa, Magadheera, Eega, etc. The Legendary Director SS Rajamouli from Tollywood.

WHICH IS THE BIGGEST WORST MOVIE ?

Allu Arjun and Jr NTR are the most profitable actors of Tollywood and now they become the pan Indian Actors; their Upcoming films will get More Audience than their Previous Films. Prabhas Radhe Shyam is the biggest loss film in south India.; After the Bahubali series; Now Prabhas gets a disaster chart because the whole Industry says Prabhas is the Lottery star and some celebrities mentioned Prabhas is the real lottery star; If Prabhas have that Stardom or a huge craze, Then his all movies need to get more audience or need some good collections; but his movies didn't getting audience and collections but some of his Upcoming movies are getting good hype and getting crazy audience because that movie has good Directors; so it's not called the stardom of a hero its called a Real business Movie.